The waterfall is among Nature’s most peaceful but thrilling and stunning pieces of art. There’s something hypnotic about watching the water flow down a cliff face into a pool or wild river beneath. It’s wonderful, both the noise it creates and the overwhelming amount of water. There are many waterfalls across the world, but not all of them are made equal.

Some, like Iguazu Falls on Argentina’s border with Brazil, aspire to be the world’s largest, while others, like Havasu Falls in Arizona near the Grand Canyon, lack both width and depth. However, when it comes to pure, captivating beauty, nothing matches the contrast of orange and turquoise against bright blue skies.

From Zimbabwe to the Philippines, Iceland to Tennessee, we’ll take you on a world tour in search of the most impressive, exceptional, and breathtaking natural water displays where you can enjoy the beautiful nature water views. Here’s the list of the most stunning best waterfalls in the world to learn more.

The greatest and one of the best waterfalls in the world to visit, Iguazu Falls, is a series of hundreds of smaller waterfalls spread out over three kilometers along the Iguazu River’s border with Brazil and Argentina. Nothing else on the earth resembles the sight and sound impacts of all this water cascading down around 70 meters.

The surrounding jungly rainforest surroundings are similarly stunning, producing a fantastic moment you will never forget. The falls are protected by a national park and may be seen from either the Argentine or Brazilian sides.

Victoria Falls, another of the world’s most stunning and powerful waterfalls, is located on the Zambezi River between Zimbabwe and Zambia. It is a UNESCO World Heritage site. Locally, it is referred to as “The Smoke that Thunders.”

During the monsoon season, prepare to be wet when going down the route on the Zimbabwe side, providing the best viewing point for this waterfall.

The Zambian side allows you to get up personal with the spectacular wall of water that falls over a 1.7-kilometer-wide cliff that is more than 100 meters deep. On the Zambian side, just at the top of the falls, is a pool called Devil’s Pool where you can swim.

Havasu Falls is the most breathtaking of the five Havasupai Waterfalls, which tumble over orange-red rocks into dazzling turquoise-blue lakes in a Grand Canyon side canyon.

All of the waterfalls are on the Havasupai Indian Reservation, and accessing them takes an overnight trip of 10 miles that must be scheduled in advance, which costs money. Day hikes are not permitted, and you must spend at least one night in the canyon’s campground; most visitors stay for three nights.

The number of individuals permitted into the canyon is restricted, and there is frequently a waiting list to view this bucket-list-worthy waterfall. You can enjoy your time by viewing beautiful nature water.

Angels Falls, located in Venezuela, has the world’s highest waterfall at 979 meters or 3,212 feet, which is fifteen times higher than Niagara Falls. Water from the Churun River free-falls over a mountain’s cliff edge and into a section of whitewater rapids beneath. Only a few meters below the rapids comes the second plunge of 30 meters.

On the other hand, getting to the falls is not a simple task. After taking a short flight to the village of Canaima, you’ll need to take a boat for a whole day to reach the falls.

Although Niagara Falls is not the highest waterfall in the world, its size and strength are nonetheless spectacular. There are three waterfalls at Niagara Falls, with Horseshoe Falls being the biggest. The water flows down Niagara Gorge 614 feet, straddling the boundary between the USA and Canada.

The falls can be seen in New York and Ontario from a variety of viewpoints. The unique waterfall viewing point is Cave of the Winds. To feel the force of the falls mid-flood from the Hurricane Deck, you will drop 175 feet into the Niagara Gorge at this location.

Dudhsagar Falls is one of India’s highest and most magnificent waterfalls, falling more than 1,000 feet in four stages and measuring almost 100 feet in width. This waterfall is viewed as one of the best waterfalls in the world to visit.

The speed and power with which the water falls and sprays lend Dudhsagar Falls its “sea of milk” nickname because of the illusion it produces as it drops into the Mandovi River below. This waterfall is located in the Sanctuary of Bhagwan Mahaveer in the Goa region of India, around 45 kilometers from Mudgaon and 60 kilometers from Panjim. 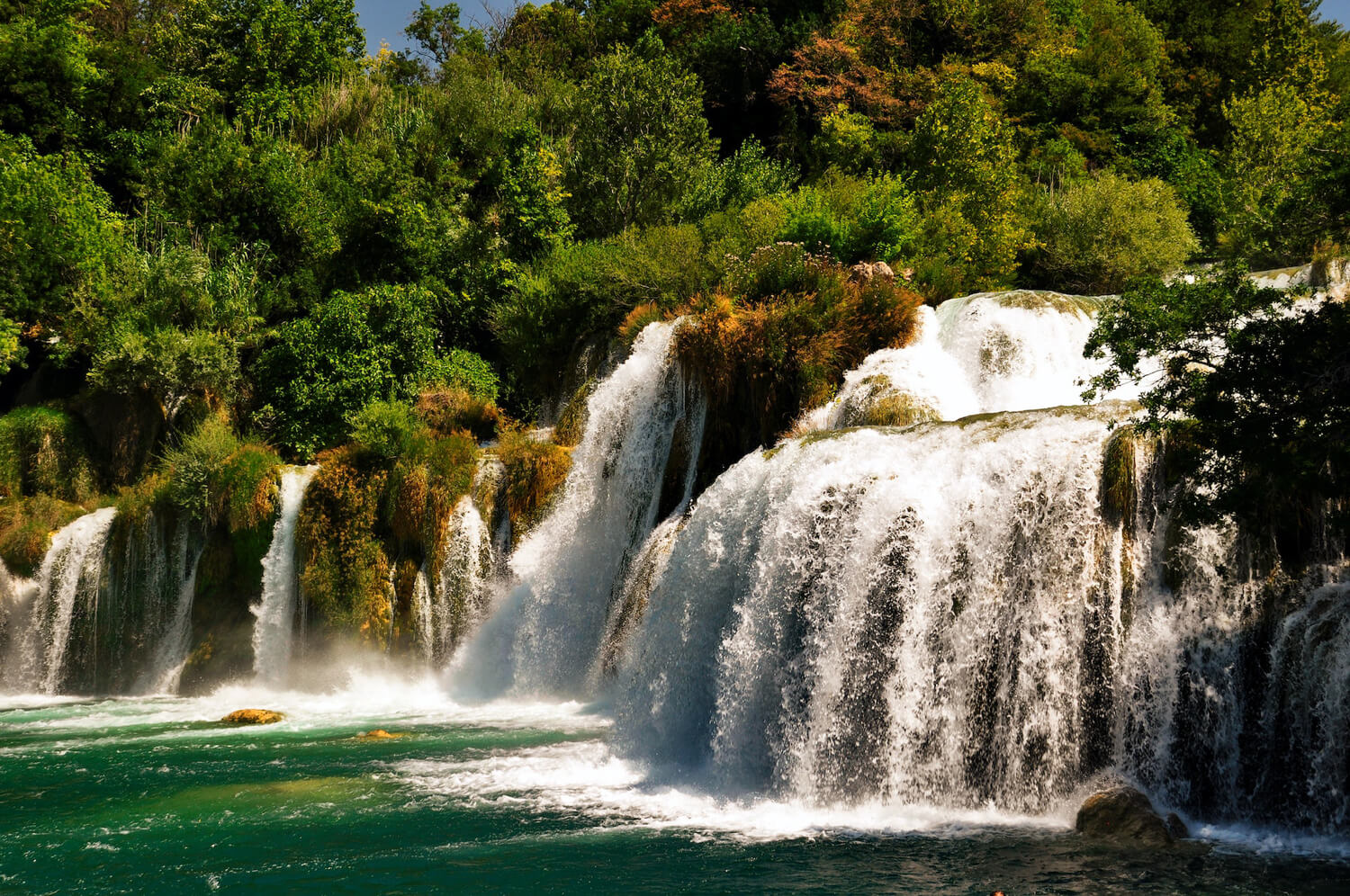 Kaieteur Falls is located in Guyana’s Amazon jungle, and getting there requires significant effort. The world’s largest single-drop waterfall, at 226 meters (741 feet), is the prize.

The falls are accessible through daily flights on small planes from the capital city of Georgetown. The walk to the top of the waterfalls takes 15 minutes from the airfield landing.

Yosemite Falls is the tallest fall in North America and ranks sixth in the world. Yosemite Falls, which have a combined height of 2,425 feet and are part of the breathtaking Yosemite National Park, is completed of three independent falls that appear to form one massive waterfall.

This waterfall is fed by snowmelt; therefore, to experience it to the utmost, go there in the late spring or early summer when Yosemite Valley can hear its roar. However, Yosemite Falls has shrunk to only a trickle by late summer and may dry out by August. Views of the waterfalls can also be seen from several of Yosemite’s hiking paths.

The Plitvice Waterfalls, which consist of 16 cascading lakes in Croatia’s Plitvice Lakes National Park, is indeed a beautiful place. The distinctive blues and greens that can be seen in the water as it falls over limestone and chalk rocks are what really distinguish these waterfalls, ranging from aquamarine to emerald and turquoise.

A rich green environment surrounds everything, creating an adorable scene. This park draws more than a million visitors a year to visit the waterfall to enjoy the waterfall viewing point.

Fall Creek Falls, the tallest free-fall best waterfall in the world to visit, which is situated east of the Mississippi River, falls 256 feet. The waterfalls are part of Fall Creek Falls State Park and are situated in Tennessee’s rocky Cumberland Plateau.

Accessing waterfalls requires a three-mile round-trip climb with a total elevation increase of around 715 feet. The park also has 34 miles of hiking trails, cascades, gorges, and five other stunning waterfalls in addition to the central falls. You can spend your night in the cabin or on a campground.

Kawasan Falls, located on the Philippine island of Cebu near the town of Badian, are not very impressive in comparison to other grand waterfalls. But the turquoise lake they fall into is undoubtedly one. As a result, they have rapidly become famous for Instagram trip pictures.

The best way to get to the falls is to join up for a canyoneering trip, which will take you on an adventure thru the jungle before you get to the falls and leap into the crystal-clear, blue pool underneath.

Gullfoss, which translates as “golden falls” in Icelandic, is named after the glacial silt in the river that gives the falls their golden color in the sun. It is located on the Hvita River. As you get closer to the thunder, the 105-foot-tall waterfall’s two virtually parallel phases of descent give the wild impression that these golden falls also reach the ends of the globe. It’s a stunning sight set alongside Iceland’s lush, velvet-green countryside.

Ruby Falls, located just south of Chattanooga, has the record for being the country’s highest and deepest public hidden waterfall. This waterfall, which is 1,120 feet beneath Lookout Mountain, can be reached by riding an elevator 26 stories below the earth and then strolling past bizarre-looking geological rock formations along a cavern route.

Ruby Falls is a 145-foot waterfall that plunges into a pool. Despite being natural, the falls are illuminated with a full-color LED light show. Even so, it’s a stunning and quite distinctive waterfall. 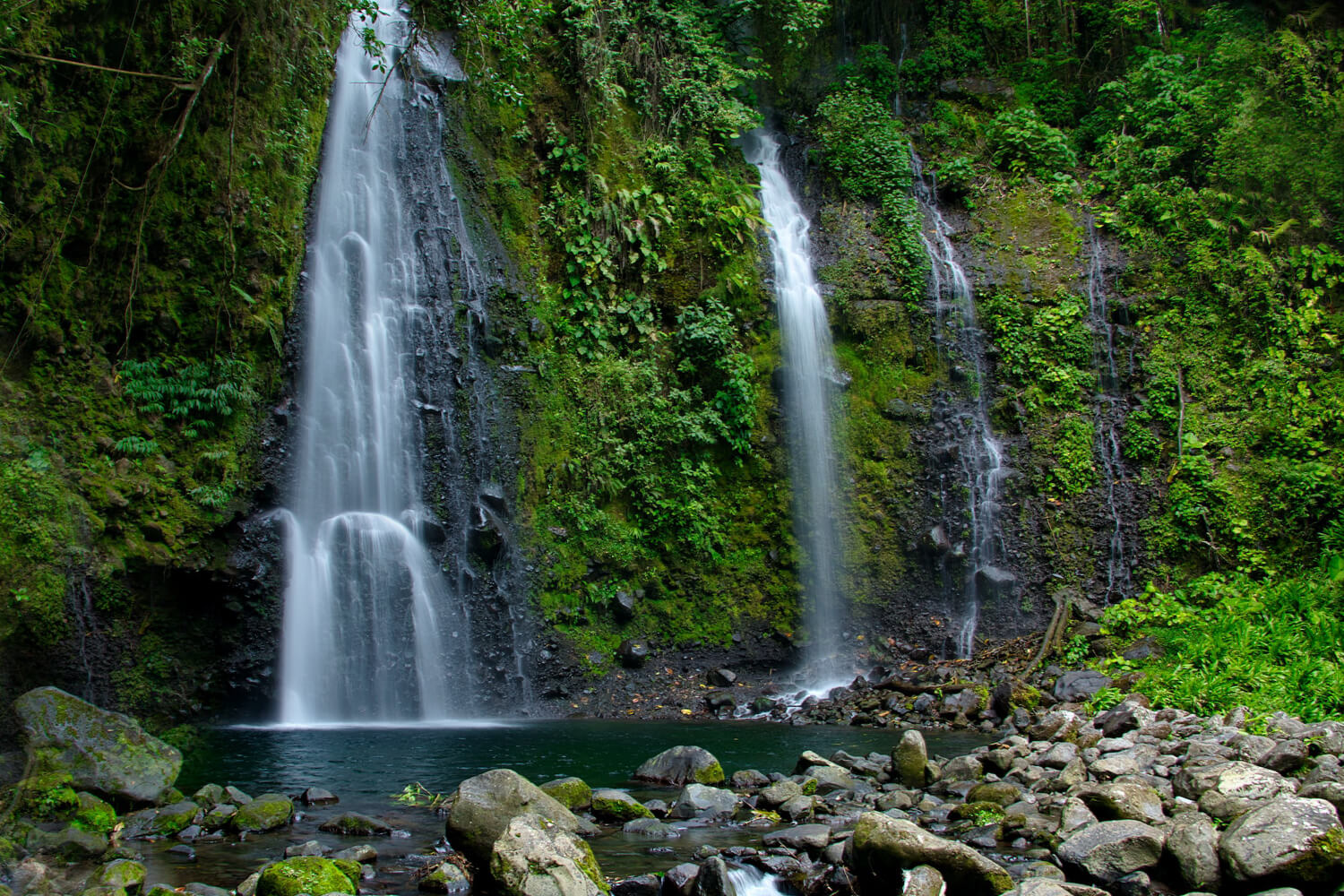 One of Bali’s most distinctive waterfalls is Tukad Cepung Waterfall, which is close to Ubud. The most stunning feature of this waterfall experience is the way the sun rays reflect through the jungle environment to create a spectacular vision. The waterfall viewing point is incredible and is accessible via a jungle trekking route that takes around 15 minutes to walk and is appropriate for children.

When the light is just right, the rays pass directly through the top of the falls and give the appearance that there are rock formations everywhere across the canyon.

These are the top 14 best waterfalls in the world to visit, and these waterfalls offer the best waterfall viewing point from where you can enjoy the beauty of Nature to the utmost. 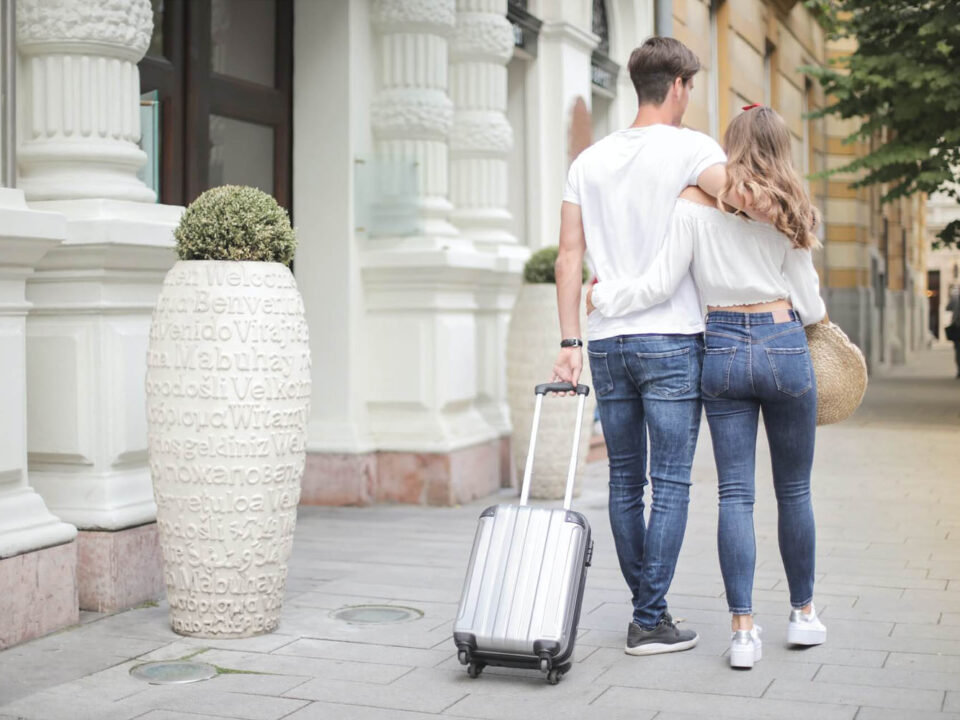 The Best Honeymoon Destinations to Visit in 2022 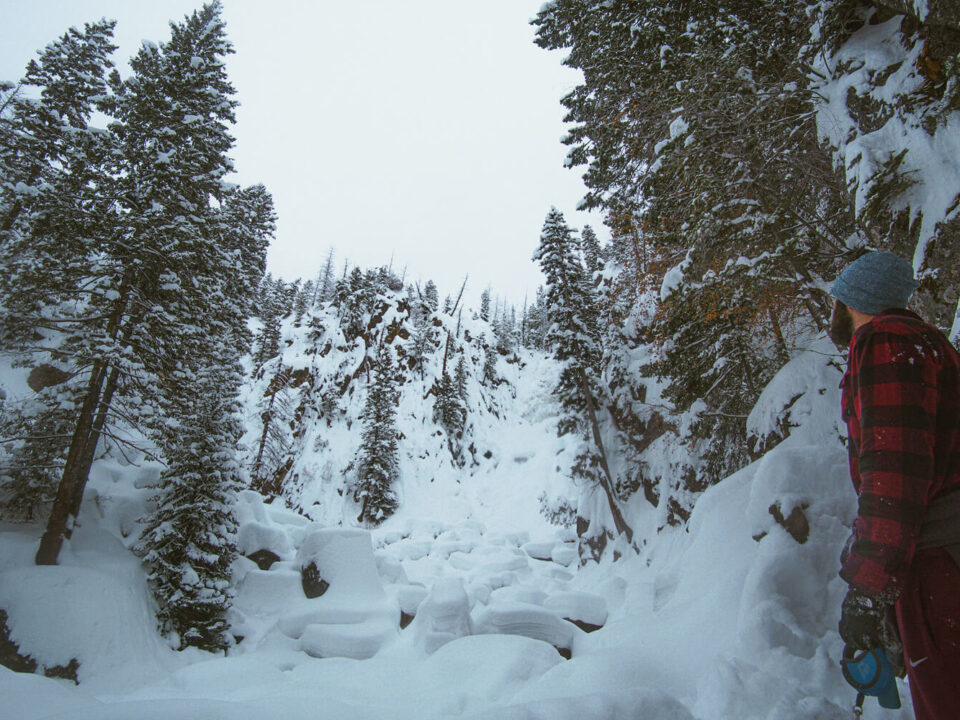